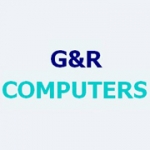 Be the first to review

G and R Computers began it's life in 2000 at the Stratford-upon-Avon Market, but the managing director has had over thirty years retail experience in computers, which started on an ICL Mainframe, and ran in Cobal and Fortran Languages. After 4 Years of G&R Computers running, it has expanded into a better, brighter company. Now having a permanent shop in Stratford it enables the company to store and sell more products than ever before.

In 2010 G and R Computers expanded into a new, bigger shop to accommodate their growing business. Custom Build Computers; At G and R Computers we build PC's to your own specification. If we don't have your required components, we'll order them in.

G and R Computer's System Support Agreement costs just £3.00 per week and allows you to surf and experiment with your computer without constantly worrying about whether you are likely to create problems or produce a system crash.

All labour costs are covered by the agreement, you pay only for spare parts.

Salvaging data from damaged, failed, corrupted, or inaccessible secondary storage media when it cannot be accessed normally. Often the data are being salvaged from storage media such as hard disk drives, storage tapes, CDs, DVDs, RAID, and other electronics. Recovery may be required due to physical damage to the storage device or logical damage to the file system that prevents it from being mounted by the host operating system.

Files may have been "deleted" from a storage medium. Typically, deleted files are not erased immediately; instead, references to them in the directory structure are removed, and the space they occupy is made available for later overwriting. In the meantime, the original file may be restored. Although there is some confusion over the term, "data recovery" may also be used in the context of forensic applications or espionage.

There are currently no reviews for this company

All fields are required. Your review will appear immediately.

Thank you for submitting your review.
There was a problem submitting your review. Please try again later.
Incorrect password. Please try again.
You cannot review your own business
Reviews are limited to one per user and you have reviewed this business before.
The email address you have entered is already registered. If you have forgotten your password use the 'Forgotten your password?' link to reset it. 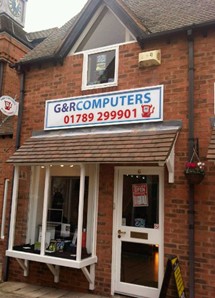 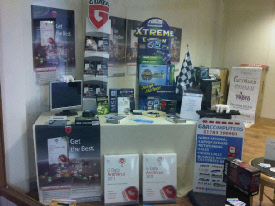 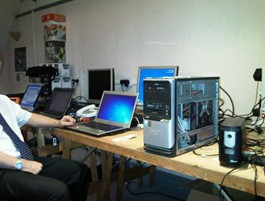 We offer these services

We offer these payment methods

I'm not the greatest with computers and I'm not quite sure what to do when or if any mechanical problem is appearing. Recently I had a problem with my lap top which ended by taking it to the computer shop in the Minories in Stratford Upon Avon (recommendation that I got from a friend). When I came in I was quite confused about what happened to my lap top. Both, Gary and Scot were very helpful and friendly. They explained me what was the problem and how to prevent problems like these in the future, which I fined extremely useful. And even now, after the problem solved, I feel quite comfortable to pop in and ask any silly question that I have about my lap top and I will get honest answers every single time. So thanks for that! I know you can't please everybody when you work with the public, everybody are different and got different requirements. But in my opinion and with the service that I got..."it's a massive YES from me" Thank you, again.

The first time i used GR computers, i took it in to have virus' removed and within a day id had been fixed. Also on another visit i was given an exceptional virus protection package, it was installed by Gary the owner. He is extremely helpful always and showed me clearly how to use it. In todays age of modern technology and regular IT problems i would recommend using GR computers for any hardware and software problem. Gary always explains things in detail, he is very competetive in terms of price, and problems get solved in the shortest amount of time. For me it is invaluable and so convenient to have a computer shop that really does care on my doorstep. I'd recommend anyone to come and use GR computers whenever an IT problem needs solving!

I have used G&R Computers a number of times over the years and they are excellent! They respond immediately and sort the problems out just as quickly. I trust them implicitly and I think that is a rare quality to be inspired by tradesman of today.

Testimonials are added by the business owner and are not independently verified.